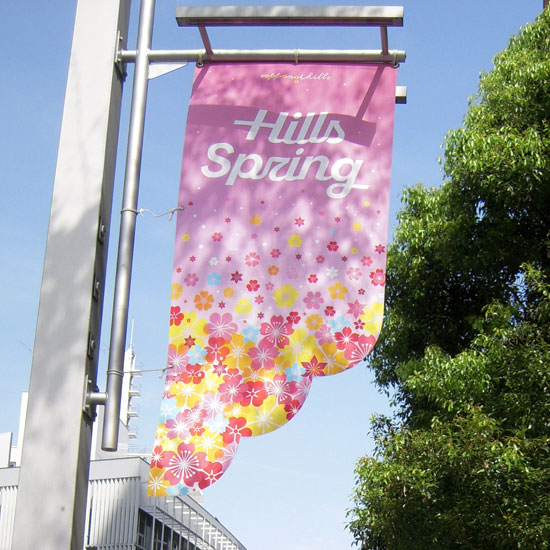 What with all the excitement of the Sydney Biennale, we had neglected to post some images of our work for the Hills Spring festival at Roppongi Hills. 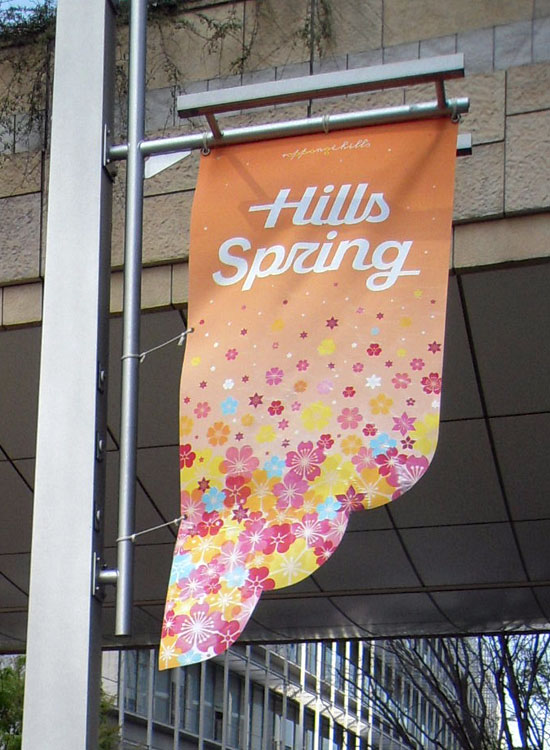 We created three banner designs (pink, orange, blue) which were displayed around Roppongi Hills during Hills Spring. The festival, which takes place during the blooming of Sakura, includes illuminations, food markets, live music performances and a special opening of the Roppongi Hills Rooftop Garden. 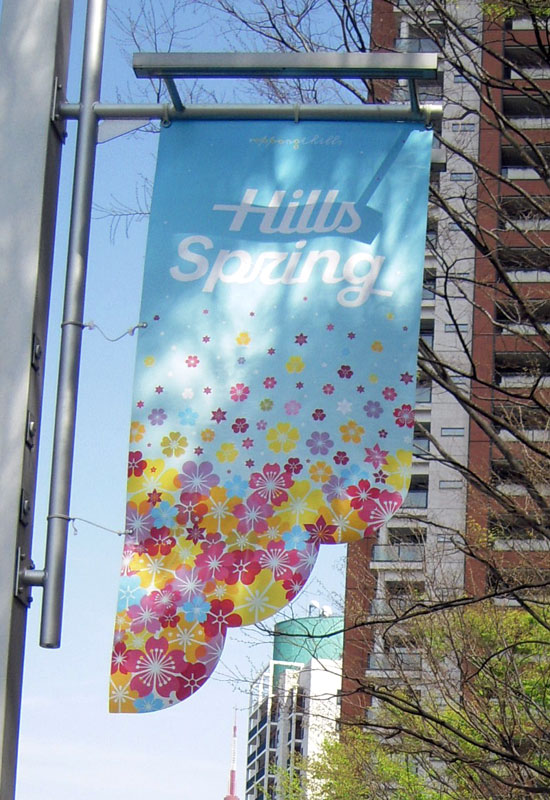 The blooming of Sakura is a very special time in Tokyo and all over Japan, with many people enjoying Hanami — or flower viewing — parties. 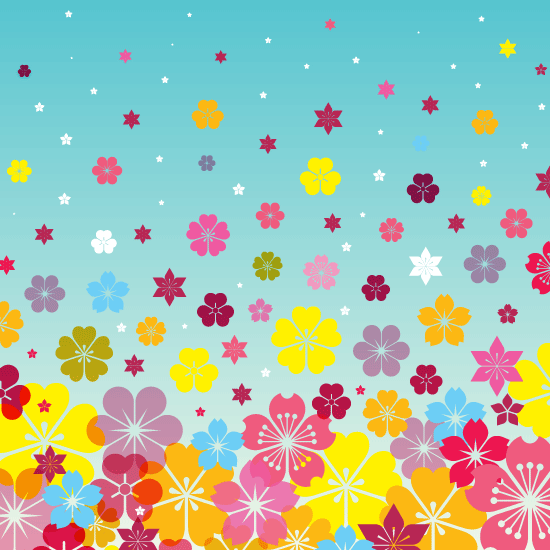 We wanted the design of our banners to reflect the special significance of Japanese springtime, so we took inspiration from Japanese Mon — circular heraldic crests which were used to identify individuals and families. 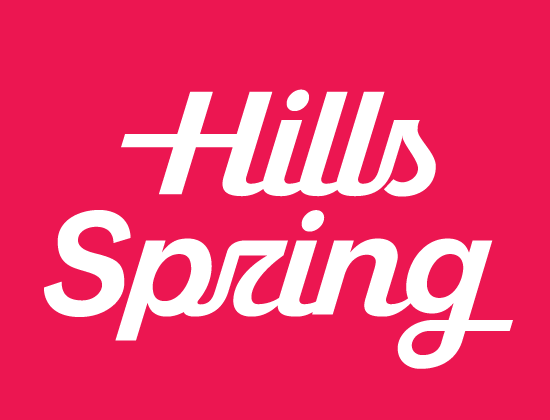 In contrast to the historic reference material, we employed a bright colour palate and created some custom typography to emphasise the contemporary attitude of Roppongi Hills. 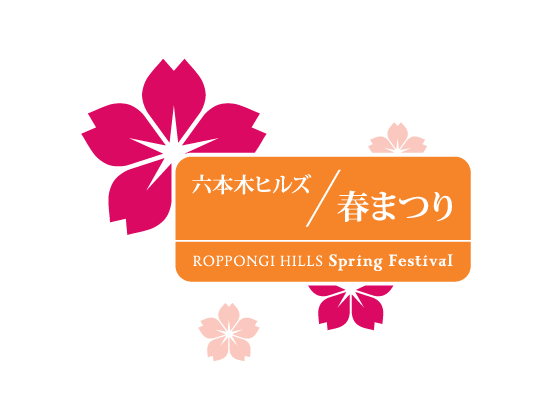 As well as the banner designs, we created two logos; one for the festival for the Roppongi Hills Spring Festival and one for Ark Hills Sakura Festival which again combined historic Japanese influences with a pop sensibility. 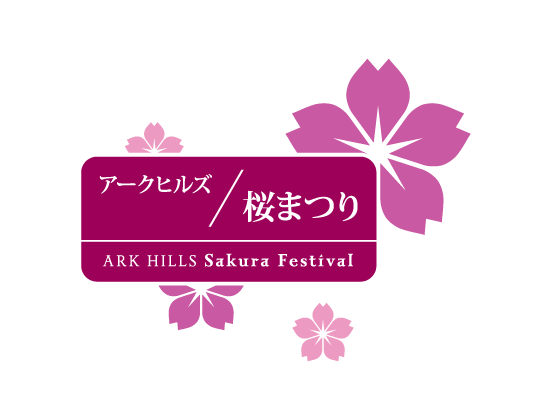