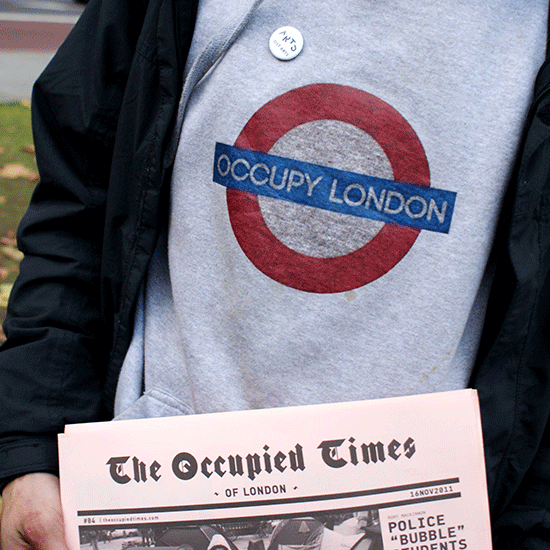 It has been a few weeks since we first shared news of the Occupied Times launch and since then much has happened to the global Occupy movement and the London Occupied Times. In New York, there have been clashes with police and mass arrests after protesters marched in support of Occupy Wall Street. In London, the Corporation of London has begun formal legal proceedings and have served eviction notices to the remaining protesters outside St Paul’s Cathedral. This morning, protesters have taken over an empty office block in Hackney belonging to the bank UBS. 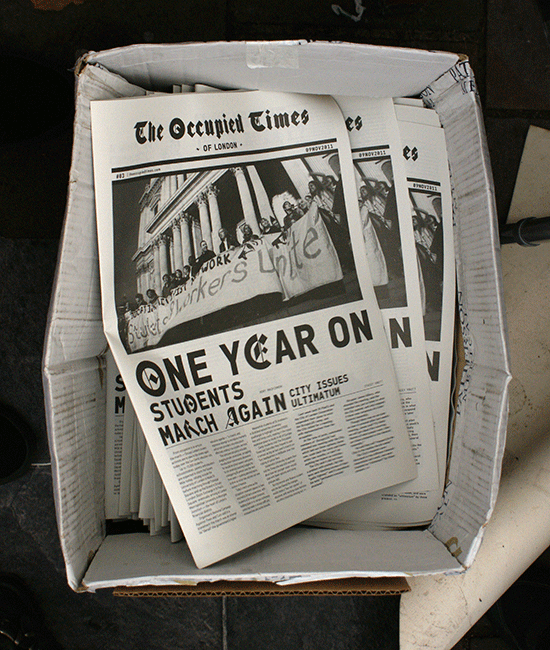 It is with this backdrop that the Occupied Times have been working to give an unofficial printed voice to Occupy London. Issue three was launched to coincide with the student tuition fees march on November 9, which was accompanied by some friendly policing. The fourth issue, launched this Wednesday, was printed on ‘salmon’ pink paper with obvious reference to the Financial Times. 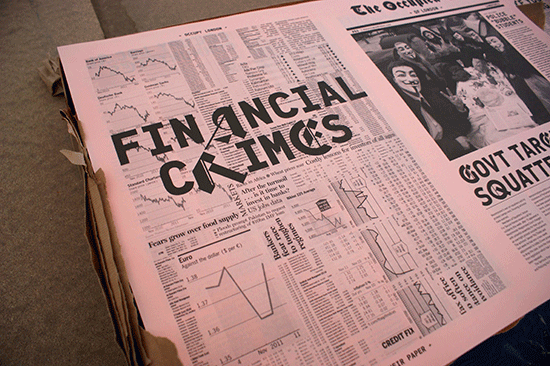 Four issues in and the paper is gaining publicity and provoking debate about the nature of protest graphics. Our original post was which was shared on the Creative Review blog and since then OT has received much coverage, including Dazed and Confused, the Huffington Post and in an interview with Jamie Reid. 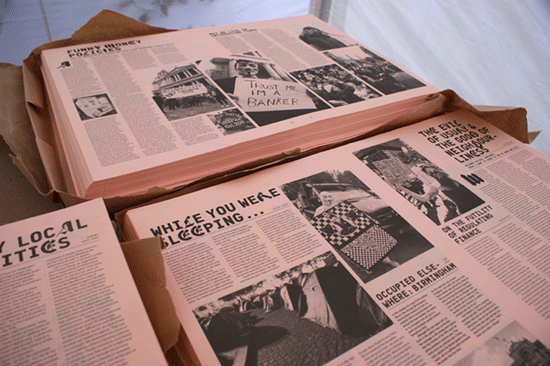 We think that The Occupied Times team are doing a great job of producing a weekly paper in difficult conditions by striking a good balance between radical protest graphics and the visual language of news media. With interesting, opinionated content, The Occupied Times is a great forum for ideas and debate and we wish it every success. You can download the latest edition on the Occupied Times website.

All images courtesy of Tzortzis Rallis.