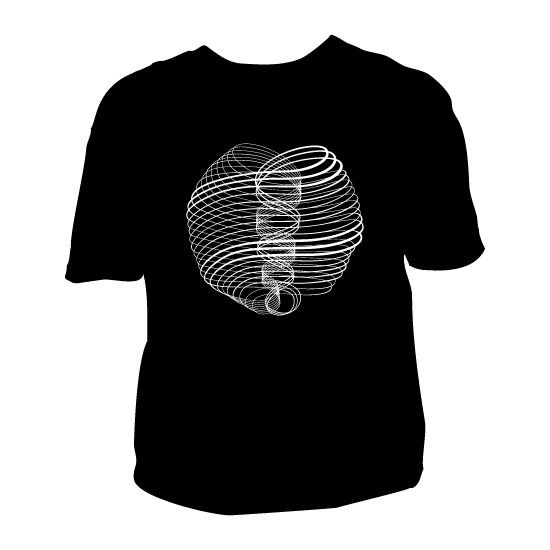 We were recently approached by Other Criteria (Damien Hirst’s publishing company) to design a T-shirt. We took the title of Other Criteria and transformed it into Occult Chemistry, creating an image of Anu. The ultimate physical atom or Anu was considered by Occult Chemists to be the fundamental unit of the physical universe. Occult Chemistry was a movement of clairvoyant scientists who visualised atomic compounds using their third eye.

“The Anu can scarcely be said to be a “thing” though it is the material out of which all things physical are composed. It is formed by the flow of the life force and vanishes with its ebb. The life-force is known to Theosophists as Fohat, the force of which all the physical plane forces are differentiations. When this force arises in “space” that is when Fohat “digs holes in space” – the apparent void which must be filled with substance of some kind, of inconceivable tenuity – Anu appear: if this be artificially stopped for a single Anu, the Anu disappears: there is nothing left. Presumably, were that flow checked but for an instant, the whole physical world would vanish as a cloud melts away in the empyrean. It is only the persistence of that flow (the first life-wave, the work of the third Logos) which maintains the physical basis of the universe.”

—Occult Chemistry: Investigations by Clairvoyant Magnification into the Structure of the Atoms of the Periodic Table and Some Compounds
—C. W. Leadbeater and Annie Besant, 1908

The T-shirt – which is printed in Phosphorescent ink – is now available for purchase on the Other Criteria Website.