The Empire of Death

Barnbrook are pleased to announce our latest book design: The Empire of Death, A Cultural History of Ossuaries and Charnel Houses, written by Paul Koudounaris and published by Thames & Hudson. 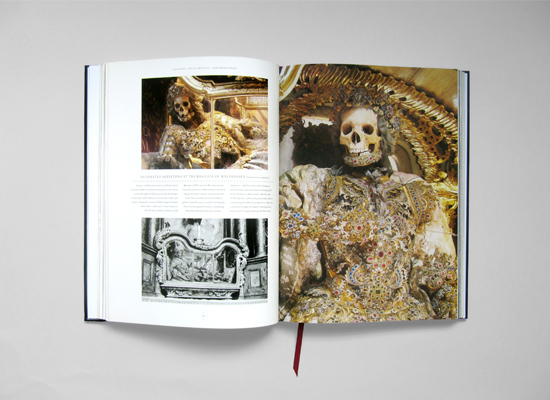 Beginning in the early modern period and continuing to the 19th century, charnel houses, ossuaries, tombs and chapels were elaborately decorated with human bone. The Empire of Death surveys the most important of of these sites with almost 300 images, most of which are taken by the author. Koudounaris also provides a contextual history describing the history of the macabre practices of mummification, skull painting and ossuary decoration. The title of the book is taken from an inscription found above the entrance of the Paris Catacombs warning visitors: Arrête! C’est ici l’empire de la Mort (‘Halt! This is the Empire of Death’). 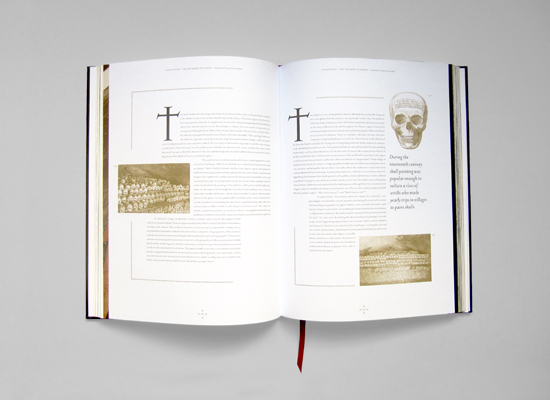 The design of the book draws inspiration from the historical parallels between architecture and typography, as well as referencing gothic bibles and renaissance title pages. The books is split into two- and four-colour sections, with the contextual history printed on uncoated paper stock, and image sections on matt art. The hardback cover is gold foil blocked with the image tipped on to the front board. 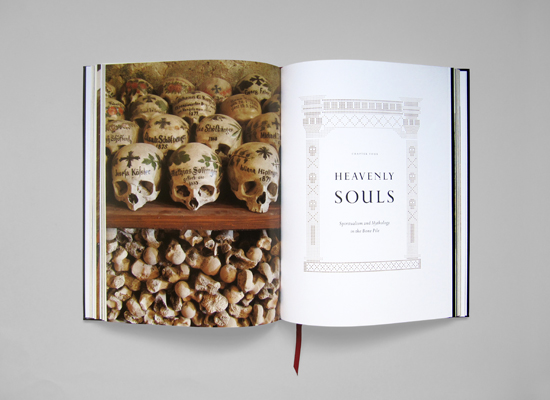 This book is the first to be published of a number of books that we have designed for Thames & Hudson. Later this year more of our collaborations are due to be published and we are pleased to be working with such an eminent publisher of books on visual culture. 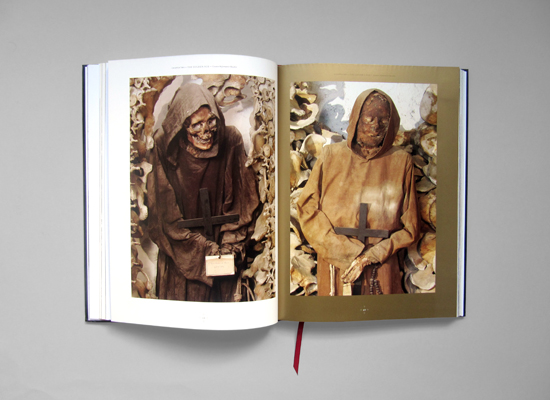